The mountain biking masses have Utah on their radar 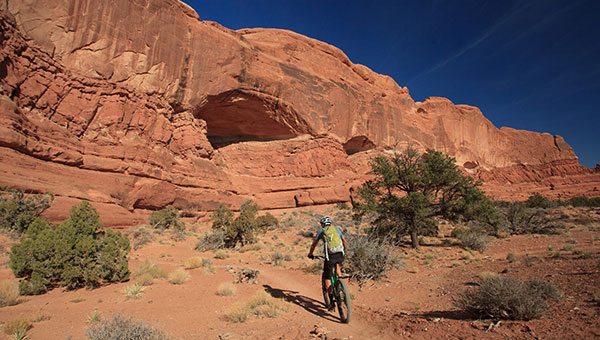 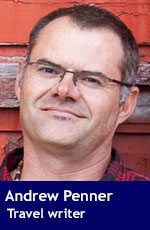 Like most mountain-biking mishaps, it wasn’t an epic, high-speed, cartwheeling crash for the ages. It seemed to happen in slow-motion, actually.

The gritty grains of hot desert sand entering my mouth like succulent steak, carefully chewed, as opposed to a fast-food burger, wolfed down with reckless abandon. Either way, it was humbling. And the end result was the same. I ‘ate it.’ And it left a bit of a mark (mostly on my ego).

But, thankfully, my Utah mountain biking ‘feast’ was much more about savouring sweet single-track, right-side up, feet-on-the-pedals, head-high fun – like it’s supposed to be.

Blessed with soaring, red rock monoliths, rugged canyons, aerie ridgelines, massive mesas and rolling sage-smothered desert for as far as the eye can see, the mountain biking masses, not surprisingly, have Utah on their radar. Well, that’s an understatement.

Utah, thanks in large part to Moab, is really the undisputed mecca for the sport. Even people who have never ridden a bike, never swerved around on slickrock, never fed on a face-full of Gooseberry Mesa grits, would tell you that Utah, just based on its natural beauty alone, must be heaven on Earth for mountain bikers. And they’d be right.

While folks who run outside of the tight-knit mountain biking circles may not be familiar with the world-class riding in Park City, Provo or Panguitch, to name a few, they’ve most likely heard of Moab. It is, for good reason, the destination that gets the bulk of the love. There isn’t a finer place on the planet if you’re into the sport. Epic single-track trails, such as Porcupine Rim, The Whole Enchilada, White Rim and Slickrock, which is probably the most famous mountain biking trail in the world, have legendary status with serious riders.

Although I’m not quite in the ‘serious’ camp (although, apparently, you get better after every wipeout, so I’m damn near a pro now), on my recent trip to Utah I wanted to visit at least a couple of hot spots to see what all the fuss was about. Obviously, a few days riding in Moab was a priority. But first on my itinerary was one of the hot, new up-and-comers in the sport: St. George.

Located at the far southwest corner of the state, just two hours north of Las Vegas, St. George boasts, first and foremost, a warm, desert climate. So it’s ideal for winter and early-season riding. Although you can’t ride in nearby Zion National Park, when you’re good and tired – or have swallowed enough sand at the single-track smorgasbord – it’s certainly an amazing place to explore. The soaring red-purple cliffs and narrow slot canyons are simply stunning. Provided you’re not afraid of heights, scrambling to the top of Angel’s Landing is a bucket-list hike you’ll never forget.

Besides Zion, St. George is also known for its fantastic golf, quiet and peaceful ways (this is Mormon country) and, of course, its awesome single-track trails. Gooseberry Mesa, just east of town near Virgin, is generally considered the cream of the crop. Thankfully, given the challenging nature of this terrain (this is where they host the infamous Red Bull Rampage, check it out on YouTube), I didn’t start there.

After meeting my guide Todd Goss, owner of Paragon Adventures, we warmed up with a two-hour spin on the west side of town in the Green Valley region, which boasts a brilliant network of desert trails ideal for intermediate riders.

Plunging through a maze of dry-as-a-bone washes – with berms, drops and jumps around every turn – the Bearclaw Poppi trail was an outstanding grand finale. Nearing the end of the trail, we came to a scenic section where an action shot seemed like the logical thing to do. And this is where it all went sideways. Or, more accurately, straight down into the dirt.

My plan seemed reasonable: hit a small jump, grin from ear to ear as I flew by the camera and pretend I was all that. Didn’t work. I hit the jump OK and the airborne part seemed fine, but the landing proved problematic. Long story short, I flew over the handlebars and had dinner early.

Not surprisingly, the next day on Gooseberry Mesa I rode cautiously, fully respecting the cliffside turns on Windmill, which is a great introduction to Utah’s classic slickrock riding. Interestingly, ‘slickrock’ is a general term for the very grippy sandstone rock found throughout the state. While extremely tacky for bike tires, this wasn’t the case for horses with metal shoes. Hence the name, which was coined by early Utah pioneers.

With 21 trails and plenty of edge-of-your-seat riding right along the rim of the towering mesa, Gooseberry Mesa is as good as it gets. The highly technical trails, which swerve along the cliff and incorporate plenty of slickrock sections, were a great warmup for Moab. And after a riveting downhill ride on the nearby Gem Trail, which careens high above the Virgin River along a deep ravine, I seemed to get into a groove. And this was good.

Moab was calling and I was hungry for more.

After a gorgeous five-hour drive east through the heart of the state on I-70, often touted as the most scenic interstate in the United States, I reached the tucked-in-the-valley town of Moab. Without a doubt, a cool, outdoorsy vibe envelops the place, the main drag lined with brewpubs, bike shops, cafes, art galleries and funky souvenir shops. Surrounded by stunning natural beauty and a number of famous parks – including Arches, Canyonlands and Dead Horse Point State Park – Moab is an outdoor playground unlike anything else in Utah.

In terms of the mountain biking, Moab boasts, thanks to a recent building spree, a number of clusters of trail systems and hundreds of kilometres of trails. And the collection keeps growing. Each riding area has its own style and flavour. For example, intermediate riders will love the multitude of fast and flowing loops at Navajo Rocks, Horsethief, Klondike Bluffs and the Klonzo areas. Strong intermediate and expert riders will typically gravitate to the Amasa Back, Mag 7, Sand Flats and La Sal Mountain areas. This is enough riding to keep you ‘fed’ for weeks.

Although my skills were not quite up to speed for a hair-raising spin on Slickrock, on my final day, thanks to my capable guide with Moab Mountain Biking Tours, we ventured into the Amasa Back area to get a taste, ahem, for some of the gnarliest riding in Moab.

Needless to say, I was intimidated by the extremely rugged terrain, the exposure along the cliffs and the brutal uphill sections. However, even though I walked many sections, the scenery was out of this world and this final ride, on the relatively new Captain Ahab trail, was one I won’t forget. The views of the canyons and sheer rock walls were mind-blowing. The intense slickrock terrain was the epitome of what Moab riding is all about.

Craving beer and some much-needed protein on my final evening in Moab, it seemed fitting to head to the Moab Brewery for a pint of Johnny’s IPA and the biggest steak on the menu. It was a good call.

“How’s your steak?” the server said a minute after she delivered the goods.

“Tastes familiar,” I said. She didn’t get it.

Where to stay: St. George has dozens of hotels to choose from. Try the Best Western Abbey Inn for a comfortable home base conveniently located just off I-15. In Moab, try the Homewood Suites by Hilton Moab. This newly-renovated hotel has an ideal location in the heart of town, covered parking, free breakfast and free evening snacks, ideal after a hard day of riding.

Where to eat: The Cliffside Restaurant at the Inn on the Cliffs in St. George is an outstanding restaurant perched on, you guessed it, a cliff high above town. For burgers and brews, try George’s Corner Restaurant for mouth-watering grub in downtown St. George. In Moab, the Moab Brewery is the place to go for delicious burgers, steaks and tasty ales. For coffees, snacks and lunches to go, visit the Love Muffin Cafe before every ride.

Andrew Penner is a freelance writer and photographer based in Calgary. His work has appeared in many publications across Canada. You can follow him on Instagram @andrewpennerphotography 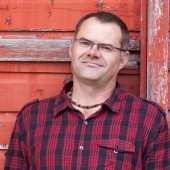 Andrew Penner is a freelance writer and photographer based in Calgary. His work has appeared in many publications across Canada. 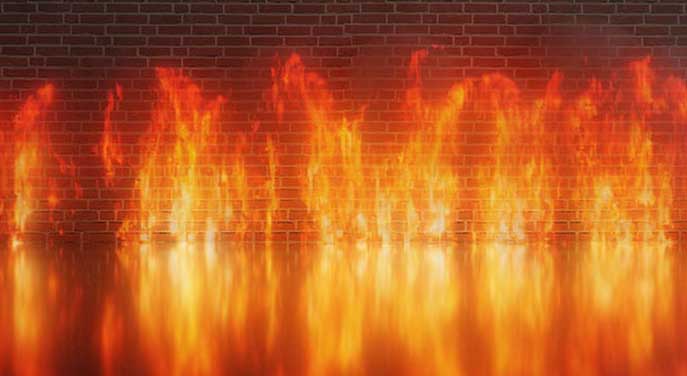 Romance is in the (alpine) air in Zurich 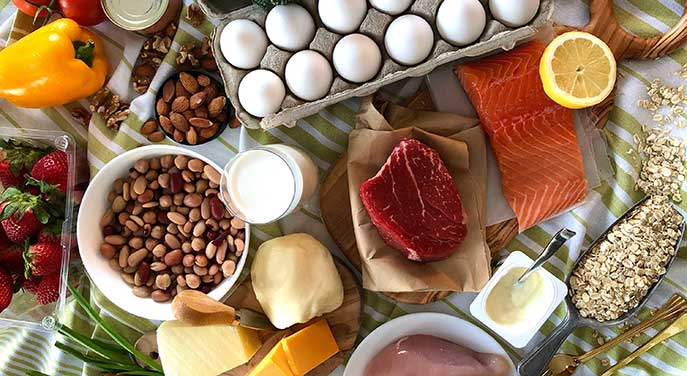 Five things you should know about eating a high-protein diet 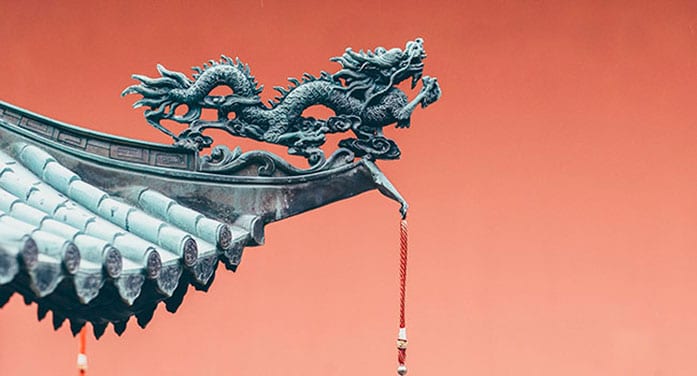