A ban will impact some 93,000 jobs in the plastics industry. Most in Ontario 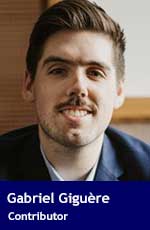 All signs point to the federal government going ahead with a ban on certain single-use plastic products, which would be a mistake. This restrictive measure will likely not have the effects hoped for, and even if it does, you can be sure that the Canadian economy will suffer from those gains.

The Canadian plastics industry, or more precisely the production of plastic products, represents nearly $25 billion and some 93,000 jobs. It goes without saying, therefore, that a ban on certain single-use products will have direct repercussions on jobs in this industry and, by extension, the Canadian economy. Ontario, in particular, accounts for more than half of total revenues from the production of plastic products in Canada.

Among the products targeted are plastic checkout bags, like the ones you find at the grocery store. What can we learn from international experience about this kind of measure?

First, while the banning of plastic shopping bags in California did effectively reduce the use of this product, it had the side effect of increasing – and substantially so – the use of thicker garbage bags. The replacement of thinner plastic bags with thicker ones worked against the ban’s stated goal: instead of reducing the carbon footprint, the ban increased it.

Australia’s results were similar to California’s. Some researchers have maintained that since the use of plastic shopping bags only decreased marginally, the ban does not seem to have had any effect on the reduction of marine pollution.

Alternatives to plastic shopping bags are not automatically better for the environment, either, as they need to be used many times to reduce the environmental impact. For example, certain cotton bags need to be used from 100 to 3,657 times in order to be less harmful to the environment than plastic bags, which is not exactly what you would call an ecological solution. Given these results, it’s clear that the federal government must adopt a different method than banning certain plastic products.

Moreover, food packaging, largely made up of single-use plastics, helps avoid food waste. A 2020 poll found that the typical Canadian family wastes the equivalent of $1,100 of food a year. This highlights the need for the government of Canada to avoid the path of banning single-use plastics.

Instead of resorting to ineffective restrictions, the federal government should rely on entrepreneurial solutions. Modix Plastique, located in Quebec, is an interesting example as it can already recycle plastic shopping bags. Why not let this kind of company innovate rather than ban a product?

Both the Canadian economy and the environment stand to gain if the government places its trust in solutions generated by entrepreneurs instead of imposing restrictive measures that will have direct negative effects on Canadian producers and consumers.

The best way for the government to encourage efficient recycling is to create the conditions needed to encourage technological developments through credits and tax cuts. In other words, it needs to put in place a competitive fiscal framework to attract companies and their innovations.

While the objective of reducing plastic waste in the environment must be pursued, the solution has to come from entrepreneurs, not from a restrictive policy banning certain products.

Gabriel Giguère is a Public Policy Analyst at the Montreal Economic Institute and the author of Banning Plastic Products Will Not Protect the Environment.